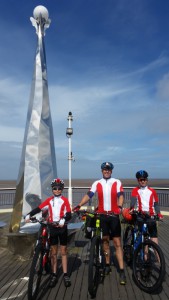 Mi nombre es Wayne Mysiuk. Yo y mi 2 sons, Dermot aged 9 and Kian 13 decided to attempt to cycle the Trans Pennine Trail Coast to Coast to raise money for Wakefield Hospice. The event took place between the 23rd y 27º Mayo 2015.  Dermot was the youngest ever to complete the TPT even though he suffers from a rare blood disorder (HSP) which causes pain and swelling in his lower limbs, thus making it even more of a challenge! 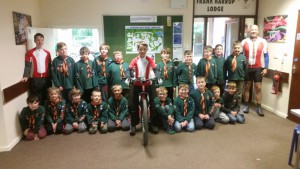 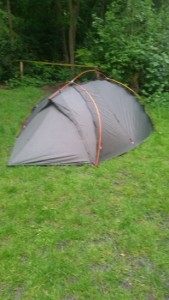 Día 2 of our Journey would be our hardest day of the ride, taking us 60 miles over the Pennines to our second nights camp Silverwood Scout camp, on Silkstone Common, near Penistone. We set off and made our way back to the trail, which took us back along the M 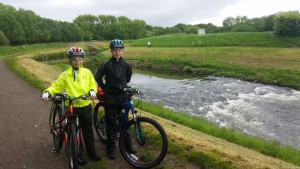 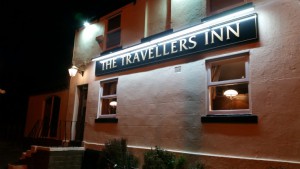 Día 3 was a nice steady day taking us 38 miles to our next camp at Threeways Cafe in Doncaster. We set off and immediately had a very long steep hill back up to the trail from our campsite. On route we decided to 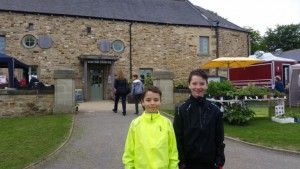 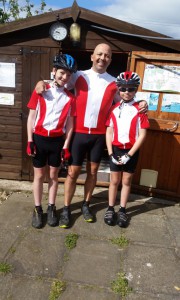 river Don, until stopping for lunch at KFC in Sorotborough. Después del almuerzo nos encontramos con un señor mexicano que fue de gira por el TPT. Había dejado de trabajar para cambiar el mundo, and had already cycled 3000 miles from Mexico to New York, before landing in Manchester to continue his journey around Yorkshire! In his opinion Yorkshire and the TPT has the most beautiful scenery he has ever seen!!!  The gentleman’s final destination was Japan. We arrived at our evening’s camp fairly early, which was also where we acquired ou

Día 4 would take us on another flat ride 50 mile to Ellerker near South Cave, where we were extremely lucky to have been provided a farmers front lawn to 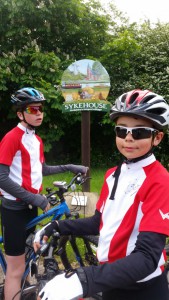 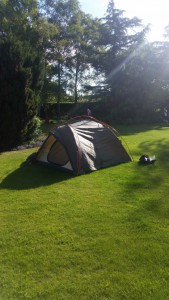 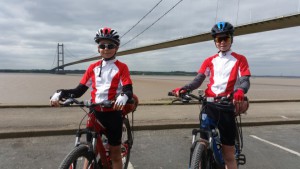 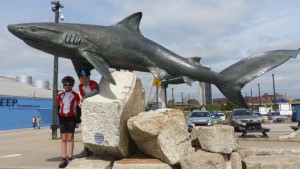 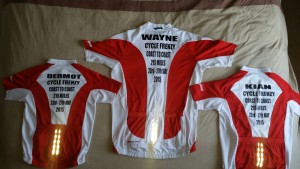 At 9 years old Dermot is now the youngest ever to complete the ride! In total we cycled 230 miles including distances to campsites, even though the Trail is only 215 millas de largo!

Día 2 of our journey, the second day was the hardest because we had to go over the terrifying Pennines. That day was a long and hard day but also fun. Tuvimos suerte cuando llegamos a través de los Apeninos porque hemos tenido una larga sección de descenso. Después de la sección de descenso era una larga sección plana y lisa por lo que mantiene nuestra velocidad. We arrived at the campsite at 12 pm we then had to put our tent and lock bikes up.

Día 4 of our journey we set off and we had to go along a canal that had a swarm of midges – we had to close our mouths and put on our glasses. We didn’t have any breakfast, but had an early lunch. That night we slept on a kind ladies lawn and she gave us some of the things she had baked.

On the 5º day of our journey I woke up knowing that I would arrive in Hornsea. It wasn&#8217;t a very hard day but it seemed very long. When I finished I was really happy but relieved and I had fish and chips.