As the threat of the Ride London 100 cycle event grew nearer and nearer, Verity and myself joined our heads together to plan our training regime. The popularity of the sport has been tremendous since the success of the London 2012 Olympics and with Sir Bradley Wiggins becoming the first Tour De France winner. The difficulty, however, is finding the time to ride and sourcing a safe route free of huge lorries and speeding traffic. 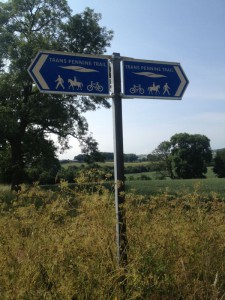 One evening, Steve logged onto the internet, plotted some equally spaced out towns and decided upon the route. Day 1 (Liverpool to Glossop), Day 2 (Glossop to Wortley), Day 3 (Wortley to York) and finally Day 4 (York to Hull). We knew this would be challenging, so we treated ourselves to some luxury accommodation to rest our weary bodies!

The 4 days ended up being some of the most breathtaking, tiring, interesting and challenging times. A real mixture of scenery as we headed East. Day 1 was intriguing as we filtered our way out of Liverpool, through the estuary and into the Manchester suburbs. Armed with no official maps but Google maps on our phones, we made pretty slow progress! After a long day in the saddle we were glad to rest in Glossop. 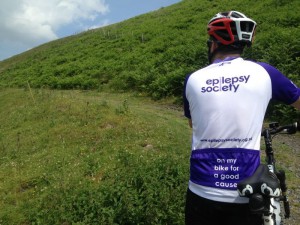 Day 2 was by far the most prettiest. The trail heads over the Peak District with stunning backdrops either side and the odd animal to steer past. A slight detour and error in judgement made the route harder than it should have been so Wortley Manor (a stately home) was a welcome sight after a hilly finish.
The 3rd day was our longest, at 76 miles. It followed the canal for a lot of the route as we ploughed on to Selby. Power station after power station made the route a little less attractive, as did a tyre puncture! Once clear of Selby, we enjoyed the disused railway track to York. It really is a smashing place York and we thoroughly enjoyed our stay there. 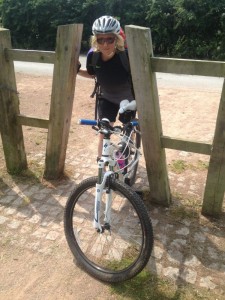 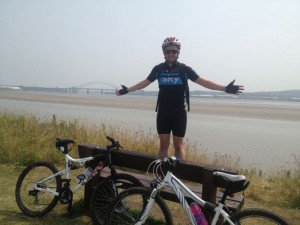