Welcome to the RAF Burn

Burn was opened in 1942 as part of the rapid expansion of airfields that took place across the Britain at that time. The village of a Burn, then as now a small farming community, became a construction site during the winter of 1941/42. Farmland was taken over as the airfield was built, landowners being compensated to the tune of £200 per acre.

The plan on the right shows the airfield as it was in 1945. The modern route of the TPT is shown running north to south along the eastern side.

The first occupant of RAF Burn, in June 1942, was 1653 Heavy Conversion Unit (HCU) These Units trained aircrew to fly large aircraft such as the US-made Consolidated Liberator. The Unit was disbanded in October 1942. At least one Liberator crew is known to have been lost during their stay at RAF Burn.

The first operational heavy bomber squadron was The Royal Canadian Air Force’s (RCAF) 431 (Iroquois) Squadron. The squadron was formed at RAF Burn in November 1942 leaving in July 1943 for RAF Tholthorpe near Boroughbridge with their Vickers Wellington X twin-engined bombers. 431 Squadron RCAF still exists today as 431 Air Demonstration Squadron, the “Snowbirds”. They are the Canadian equivalent of the RAF “Red Arrows”. During their 8 months at RAF Burn 431 squadron flew 320 missions, losing 17 aircraft and 85 crew. 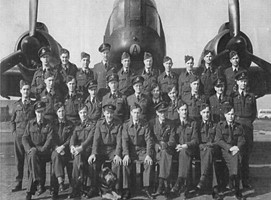 The airfield then remained empty until December 1943, when 658 and 659 Army Observation Squadrons, flying the small Taylorcraft Auster III, made a brief stay before moving on to RAF Clifton. Another brief occupant was a detachment of the famous Hawker Hurricane aircraft from the Air Fighting Development unit.

Activity at the airfield increased dramatically during January 1944 as Burn Airfield prepared for its next occupants, 578 Squadron and their Handley Page Halifax bombers. Learn more about the history of 578 Squadron elsewhere along the Trail.

RAF Burn was closed in July 1945 and shortly after handed over to the Royal Army Service Corps (RASC). In the immediate post-war years the RASC stored surplus military vehicles on the runways. The storage site and the associated reconditioning effort gave much needed employment to about 600 civilians.

In 1959 the whole property was acquired by the Central Electricity Generating Board. They intended to use the former airfield as a dumping ground for pulverised fuel ash waste created by the new coal fired power stations in the area. Fortunately, perhaps, this proposal was rejected at a public enquiry. Since then some of the land, the airfield buildings and the flying area have been reclaimed for farming. The derelict control tower was demolished in 1977, though the remains of some airfield buildings do survive.

In the early years of the 21st century there were plans that the airfield might be developed as the site of the European Spallation Source (ESS), a particle accelerator facility to generate neutrons by particle bombardment. However the project was not continued and it was decided that the ESS would be constructed in Lund, Sweden.

Although the majority of the buildings have gone, all the runways and most of the aircraft parking areas still survive. This is in no small part achieved by the efforts of the Burn Gliding Club, which began using the airfield in 1983. Today on flying days graceful gliders circle above these historic acres as if in silent requiem. 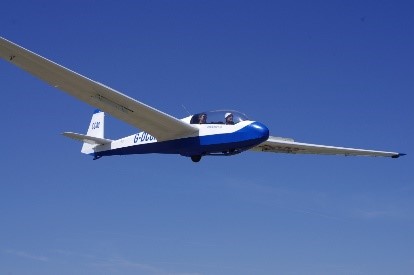