Certainly worth a try!

I was first introduced to the TPT, when my wife Sue, and I joined the “Cafnbak Cycling Group” run by Geoff Preston. We were new to riding in 2014, and felt welcomed and readily accepted by what was then a small group of mature riders. 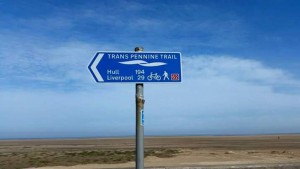 The majority of our rides at that time consisted of using the Trail from Old Moor, up through Barnsley, and onto Wakefield.

As legs got stronger, and bikes upgraded we began to venture further, on rides to York, and Selby from Doncaster.

En 2015 we completed the Trail from Southport to Hornsea, over four days. 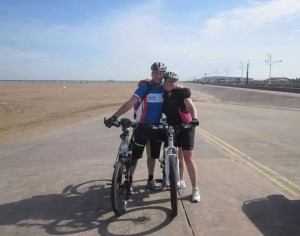 Four of our group joined four riders from Sheffield, for what proved to be a fantastic adventure.

Day one took us from Southport to Sale, the highlight being at Aintree when a friend fell onto his bike and not only punctured his tyre but buckled his front wheel. Fortunately Halfords was less than a mile away, so it didn&#8217;t take long to get back on the ride.

The run through to Sale was extremely scenic and enjoyable.

Day two, was a long one for Sue and I, as we couldn&#8217;t book into accommodation in Wortley, with the rest of the Group.

We decided to continue home to Doncaster making it an 80+ mile ride that day.

The signage around Stockport, and Hadfield proved to be troublesome, so we were grateful for Geoffs pre-planned Garmin.

The other issue was food, as unbeknownst to us most of the shops shut at lunchtime on a Saturday in Hadfield. ( just before the climb over the top back into Yorkshire).

We settled for a pavement picnic outside the local Co-op. 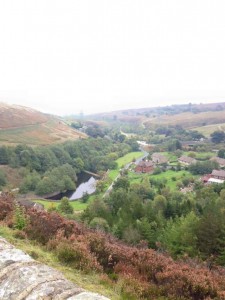 The views over Dunford Bridge, and the 40mph downhill stretch were exhilarating !!!

We left the team at Oxspring, and arrived home at 9pm tired and even more grateful to reunite with our Memoryfoam !!!!!

Day Three was relatively a short one to Selby.

The biggest Hazzard, being the crack along the path through Shaftholme Wood.

This crack continues to grow, so cross bike riders with slim tyres beware.

A welcome tea break was enjoyed at the stamping station come refreshments stop at Braithwaite. 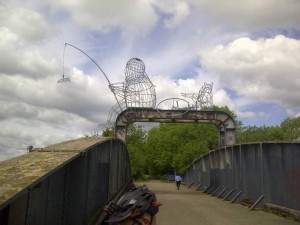 At Selby the group enjoyed a fantastic welcome at “The Willows” B&B, and an even better take out from the nearby restaurants.

Day four took us from Selby to Hornsea.

The scenery and small villages enroute need to be experienced. I don&#8217;t think I could do them justice. 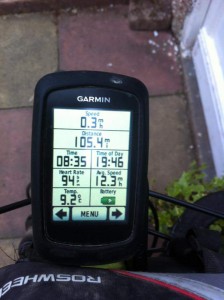 We had issues again with the signage in Hull, but again the Garmin put us on track.(We all have one now !!!) Sadly the last stretch to Hornsea was a bit of a let down, the fact that most of the track takes the form of a cutting, restricted views.

There seemed to be too many gates too.

We rode down to the Finish , line abreast, and after the obligatory photographs, headed straight to the Chippie !!!!

Bikes loaded a new group of firm friends made their way home.

An added bonus for me was raising over One Thousand pounds for The Royal British Legion Poppy Appeal.

Living literally a 100m from the TPT, it would be fair to say that it forms 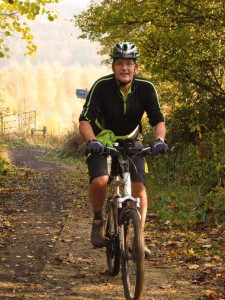 part of the majority of our rides, albeit a quick trip from Cusworth to the Viaduct at Denaby and back, or to ride to the group&#8217;s usual start point at Conisbrough.

Cafnbak&#8217;s latest ride along the Trail, took us to York and back in a day. ( Everyone managing 100 mile plus, due to a couple of deviations) Tired legs, but big smiling faces.

The group has now grown considerably, (19 riders on Sunday) The emphasis being social riding.

You will not be disappointed, the views are phenomenal, albeit summer or winter, and no two rides are the same. 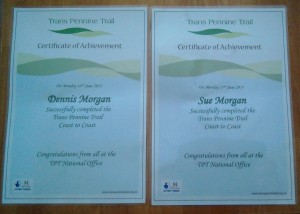